A MYSTERY FROM THE DEEP 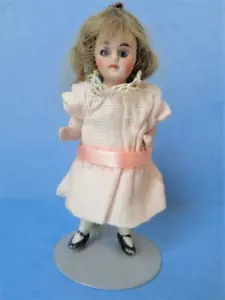 For most of my life I have been a doll collector.  From the day as a ten or so year old when I found a valuable French doll in a shaky antique shop with a leaky roof I have been interested.  With years of being active in the pursuit of dolls interspersed with periods of moving onto other things such as raising a family, home ownership and other activities there have been times when I was less than active..

By the 1980s I had settled down in the Lanesville section of Gloucester, MA, America's oldest fishing port, which is now approaching its 400th birthday in 2023.  Preparations for a grand celebration are well under way and going full tilt.

In the mid 1980s I met a friend who would remain a good friend until the present.  She had a custom, like many others, of walking on Pavilion Beach in central Gloucester.  Edie, my friend,  told me of picking up beach glass as she walked the beach.

What was unusual was that along with finding glass she kept finding doll parts: tiny limbs and other parts made of bisque, an unglazed china.  I knew of these tiny dolls as dollhouse dolls and that they came from Germany, were very cute and not expensive.   They date to the late 19th century, probably after 1880 and were made in great numbers at least up until 1900.  Certainly they do not date to later than the World War I period.

I found this odd but mildly interesting. 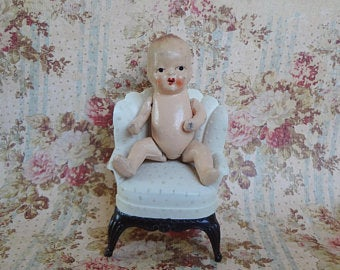 Edie moved to upstate New York and although I kept in touch we had no more conversations about the tiny dolls on the beach.

Then a few years ago, circa 2015, thirty years after hearing about the doll parts, another friend, Shelley, mentioned that she, too, liked to walk Pavilion Beach and had found doll parts.  After all that time it seemed odd.

More recently, on  Facebook, someone posted a photo of sea glass  collected and there in the middle of the glass photo was a doll's arm! 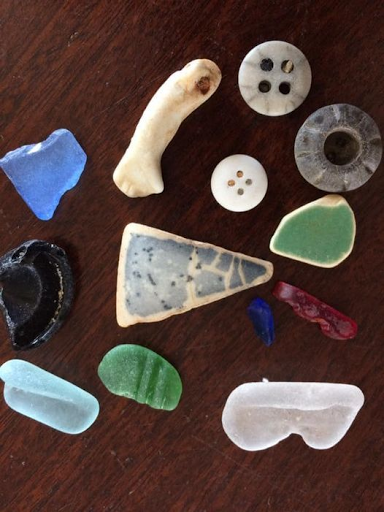 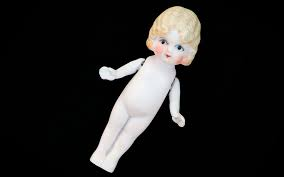 After I commented on the arm more people came forward to say they knew others who had found doll parts until I heard of maybe a half dozen people.  One gentleman said his mother had lived near the beach and had picked up and collected jars full of tiny doll parts. 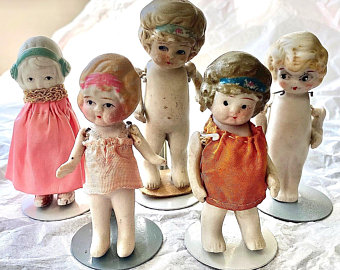 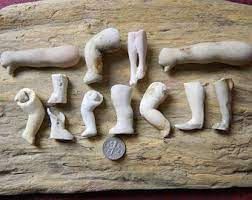 I have no answers to this mystery.  One would conclude that a long ago vessel was bringing these dolls to America from Germany must have gone down in the vicinity but who knows where the currents in the ocean would take them.  Should we assume this unknown ship went down perhaps 125 years ago?  If so, how many dolls were loaded on that vessel?

The doll parts are still washing ashore and it remains a mystery from the deep.  Has everyone of the many who have walked that beach for years found doll parts? 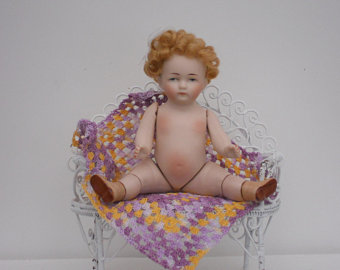 I suspect many have and think it will remain a mystery.  However if you can add to the story I'll be listening. 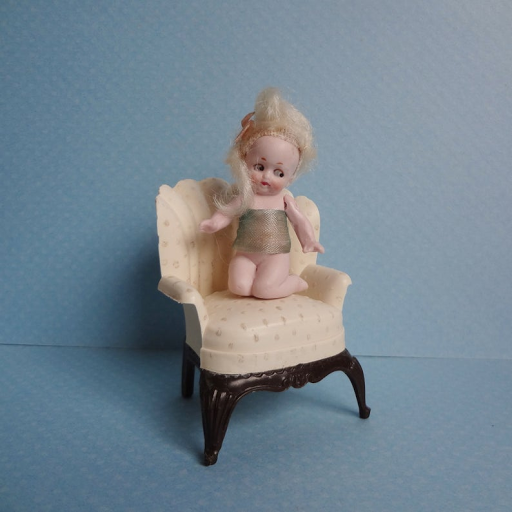 As one Facebook contributor wisely said, "Sometimes the rhymes and rhythms of the sea are hard to explain". 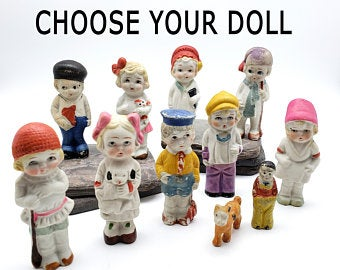 Some of these dolls are not jointed and their limbs don't move.  They are called Frozen Charlottes.  The group above are unjointed. Here is their melancholy story from about 1840.

"Frozen Charlotte dolls get their name from an American folk ballad “Fair Charlotte,” which is a cautionary tale about a girl who, after refusing to wear warm clothing in the cold because she didn’t wish to cover her beautiful dress, freezes to death (again, creepy.) The poem and song were about a real girl named Charlotte, who went riding with her suitor, Charlie, to a winter ball in 1840. When she arrived at the ball, she had frozen to death. The story says Charlie died of a broken heart soon afterward, and they were buried together in a single tomb."

Posted by prudence fish at 1:17 PM